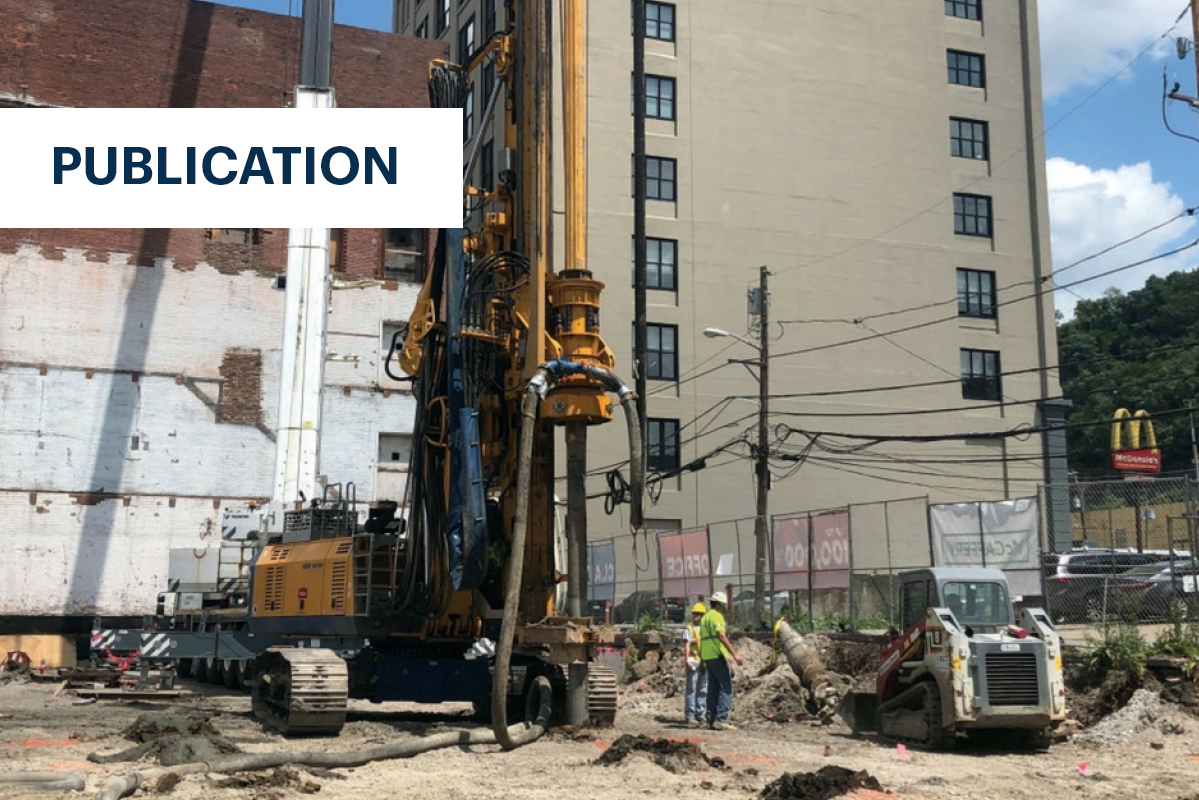 The project site encompasses an entire city block in the heart of Pittsburgh’s historical Strip District, which was an industrial site until approximately the 1950s, when it was converted to warehouse space. The plan for the site was to demolish existing 2- and 5-story buildings, leaving only the 4-story building standing. The facade of this adjacent 4-story building (back left of photo) remained, with the interior becoming new retail and office space. Two new stairwells and elevators shafts were added within the existing 4-story structure to service the new office spaces. A new 5-story structure on the southwest portion of the site would consist of ground-level retail space with a 4-story parking garage. The soils had a compressible nature at the site, so Menard recommended ground improvement using controlled modulus column (CMC) rigid inclusions® to support the 5 stories. Due to the low overhead conditions within the existing 4-story structure, Menard recommended Magnum design the helical piles to support the new stairwells, elevator shafts and below-grade ramp into the garage.

Boring Coverage Performing soil borings on site was a challenge because of existing structures. During the bid phase, borings located approximately 600 ft (182.8 m) away at an adjacent site were used to approximate soil properties (see later boring map). During final design, a geotechnical investigation was performed, but was limited to the parking lot area, as the 2- and 5-story buildings had yet to be demolished, The closer borings were used to refine the ground improvement design; however, the majority of the site still did not have boring coverage.

To read the entire article, please download the PDF