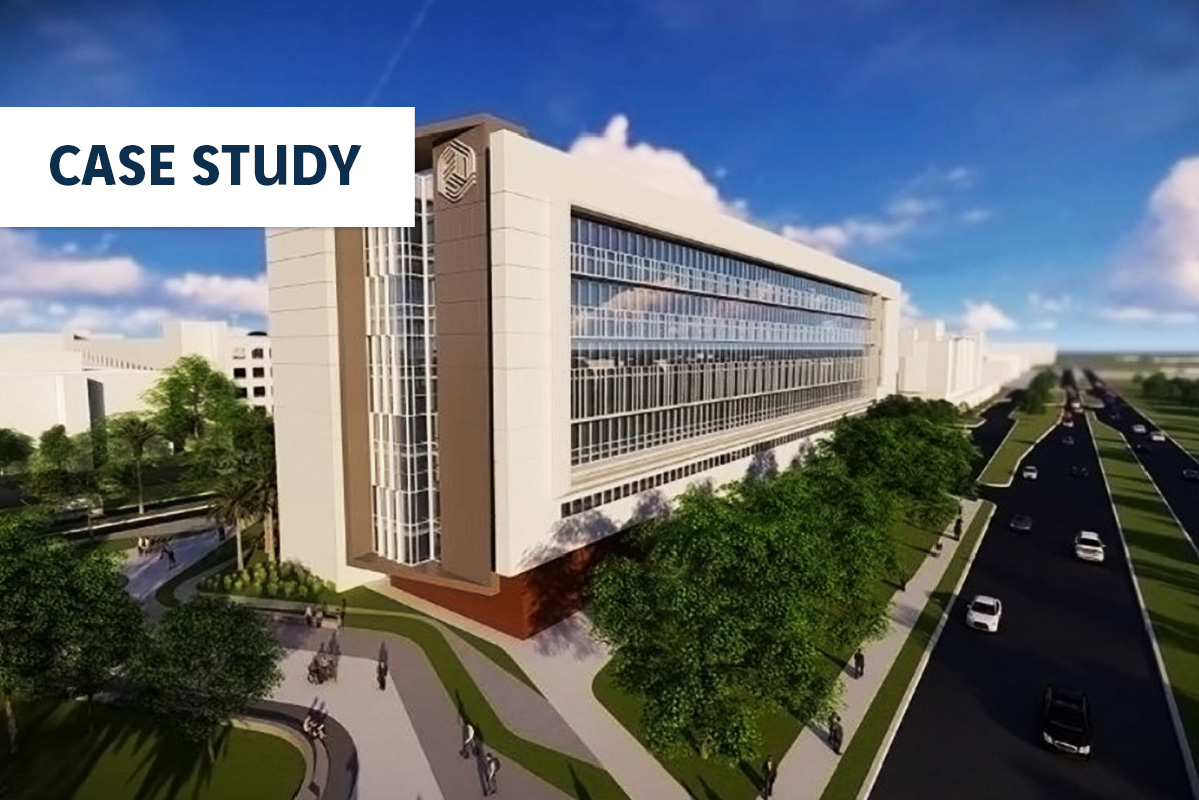 In an effort to provide superior surgical care in the community, Florida Hospital Tampa proposed the construction of a six-story, 300,000-sq-ft surgical and patient tower as part of its existing facility. Soon to be rebranded as AdventHealth, Florida Hospital’s $256 million project would include a 132-bed capacity and feature 72 progressive operating rooms and more than 100 private patient rooms.

The hospital’s board also approved a $53 million project to upgrade and expand its central energy plant – and to equip it with enough power to keep the hospital operational, even in the event of a disaster. Each of the new projects was to be constructed in an area with potential ground issues due to karstic formations and poor soils below grade. As a result, US Wick Drain (USW) was enlisted to install Controlled Modulus Column (CMC)® rigid inclusions to support the new construction.

The soil was characterized by loose to medium dense sand to a depth of about 12 ft below ground surface, underlain by loose to medium silty/clayey sand and a karstic formation. The clayey sand was underlain by very soft to stiff sandy clay to clay to a depth of about 24 to 42 ft where limestone was encountered. In some areas, very soft clays were encountered up to depths of 57 ft below ground surface. The geotechnical challenges encountered at this site included loose and very soft/compressible soils, potential voids, karstic conditions, and variable soil strata which could lead to excessive total and differential settlements.

Though the project was originally designed for auger cast piles, USW provided a more economic and time-saving solution by installing CMC rigid inclusions. Unlike auger cast piles, the CMCs eliminated the need for handling and removing large amounts of spoils. USW also employed a cap grouting approach, with over-grouting to mitigate the risk of voided soils.

USW’s team of experts successfully installed approximately 1,000 CMC rigid inclusions to depths of 50 to 85 ft. Noise, vibrations and general impact were kept to a minimum while working adjacent to a fully operational hospital. One potential issue, a sinkhole at grade that was 6 ft wide and 8 to 10 ft in depth, was avoided after being discovered during site operations. CMCs were eventually installed through the backfilled sinkhole.

In summary, to support the construction of a surgical and patient tower at Florida Hospital Tampa, along with an upgrade and expansion to a central energy plant, USW installed more than 1,000 CMC rigid inclusions to improve poor soils. CMC rigid inclusions reduced spoils as compared to the original auger cast pile design and proved to be an excellent solution to supporting the new structures at a very difficult site with karstic soils.