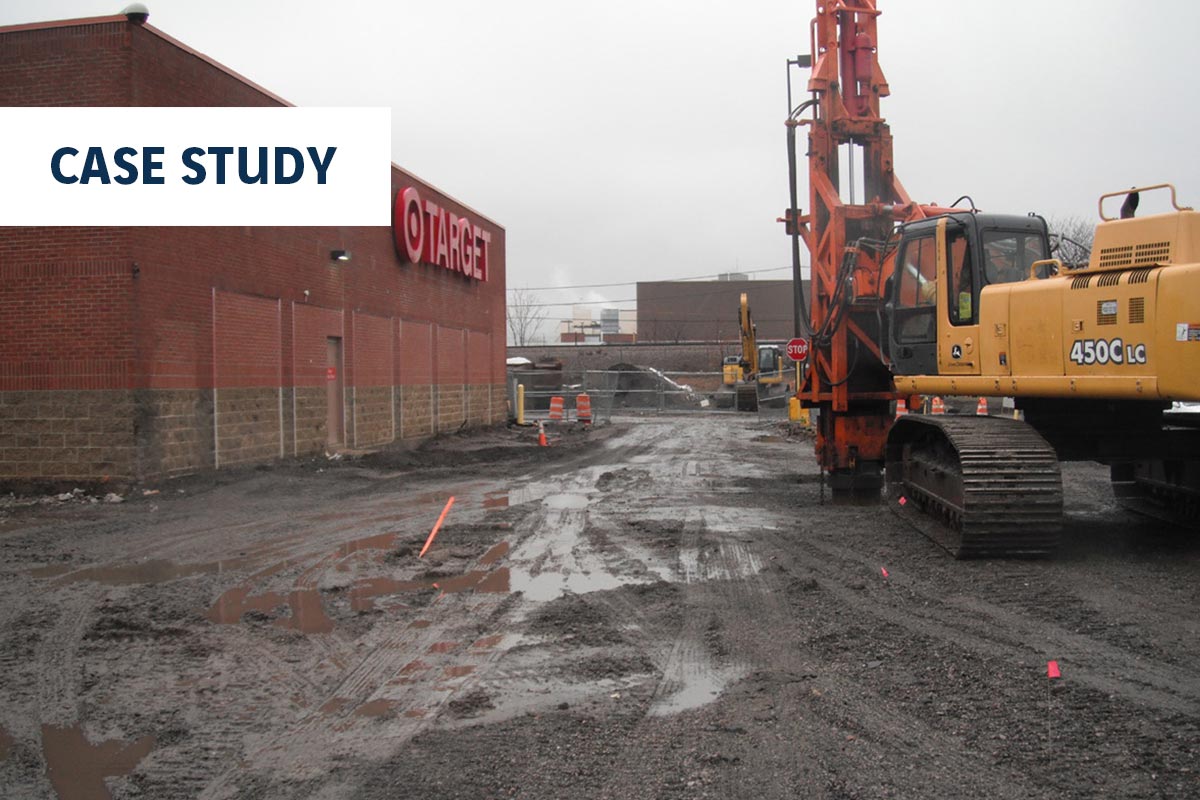 The expansion of the existing Target store at Boston’s South Bay Shopping Center included 30,000 square feet of expanded retail, storage, and stock space. All foundation work was to be done in restricted space during normal store operating hours.

Support was required for all of the new slabs and footings with tight settlement requirements to ensure compatibility between the new and existing structures. The original design called for driven timber piles with a structural slab and pile cap foundation system. Menard proposed an innovative alternative using two ground improvement techniques to provide a more economical foundation package.

The project site had an upper uncontrolled fill layer underlain by a soft organics and peat layer. The bearing stratum was a stiff marine deposit, encountered at depths between 25 feet and 50 feet. The site also had a very limited work area, being bound on all sides by active roadways, property lines, or the existing structure.

To eliminate the need—and the associated cost—of removing contaminated site soils and replacing them with compacted structural fill, Menard used RIC to densify and improve the upper fill soils. RIC is a ground improvement technique for shallow ground densification that is useful in confined sites such as those found in urban areas. CMC Rigid Inclusions were then installed down to the stiff marine deposits to provide support of the new slabs and foundations. The flexibility of CMC Rigid Inclusions was evident as multiple encounters with unexpected utilities, obstructions, and existing structural components, necessitated layout modifications without impacting the project’s schedule and budget