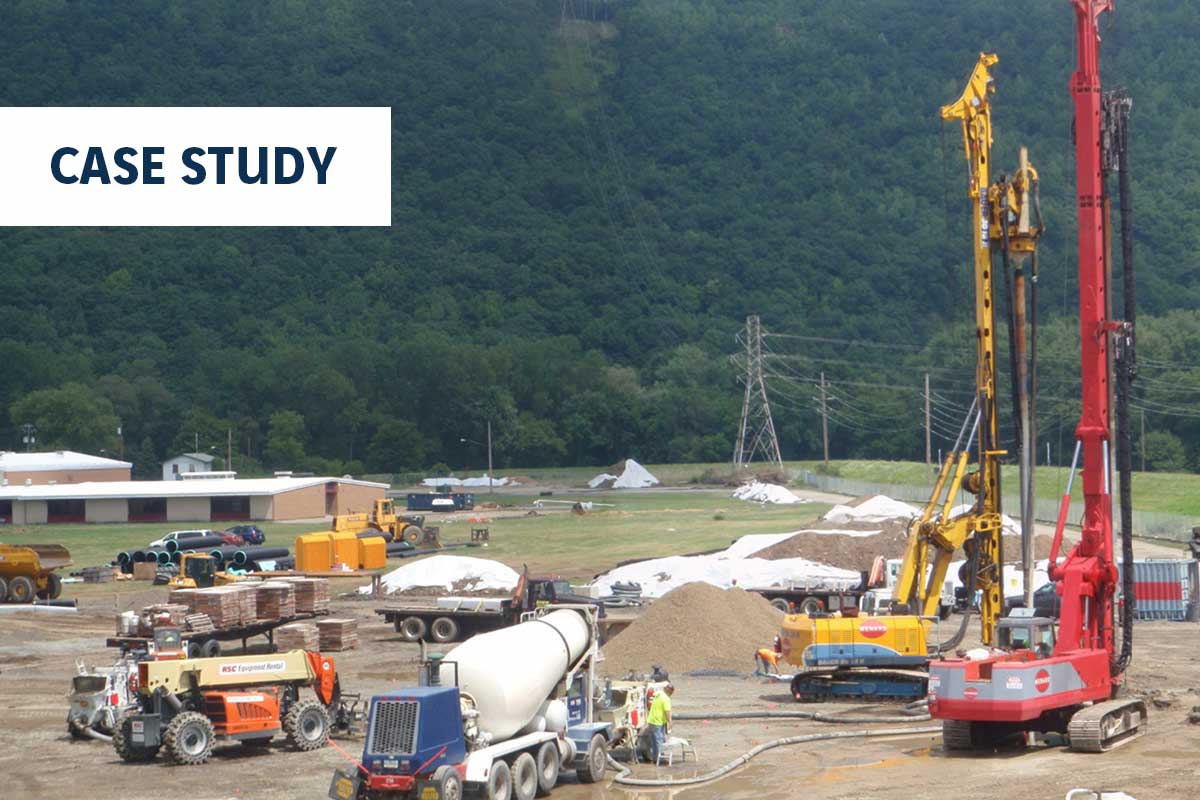 In 2010, voters in Corning, New York approved a $97 million plan to modernize aging school buildings and increase efficiencies. A major part of the plan was the consolidation of two high schools into a single renovated facility. The new Corning-Painted Post High School was created by adding 83,000 square feet to one of the two existing schools. At nearly 1,600 students, it is the largest and most modern high school in the area. The addition was built in close proximity to the existing structure. To deal with the space constraints, support the high surface loads, and minimize future settlements, Menard installed Controlled Modulus Columns (CMC)® rigid inclusions.

Soils were fairly consistent across the site. Borings showed between 2 and 10 feet of old fill material on top of 5 to 10 feet of loose, silty sands. The bearing layer was a dense stratum of sand at an average depth of approximately 15 to 17 feet below ground level.

Menard CMC rigid inclusions were chosen over a removal-and-replace option because they were more cost-effective, mitigated settlement concerns, did not use vibration, and could be installed to meet a tight schedule.

The Menard solution consisted of the design and installation of approximately 1,600 CMC rigid inclusions to strengthen underlying soils and keep total and differential settlement within project tolerances. In order to further expedite the installation, Menard used a second drill rig to shorten the schedule by 18 working days.