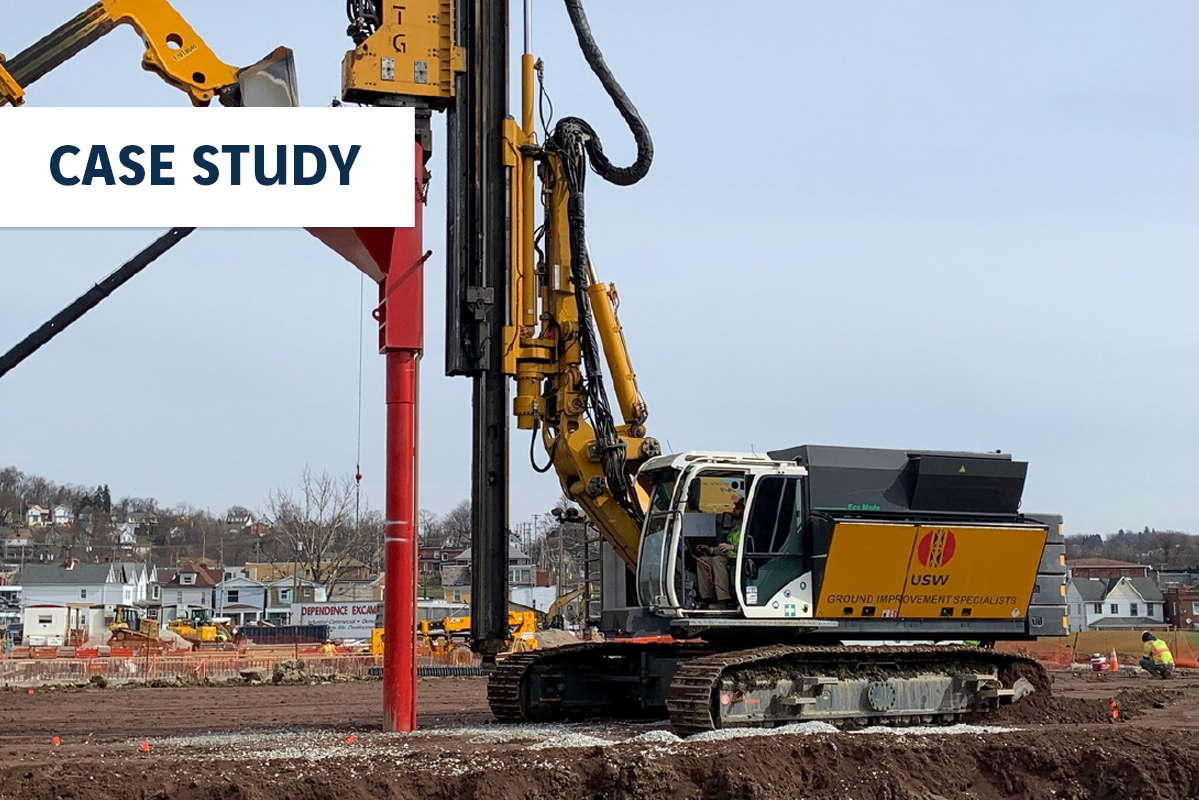 In a decision that is expected to be a boon for Jeannette, PA, Elliott Group proposed the construction of a new, $60 million Cryodynamic Products testing facility on the site of a former glass factory. The company considered locations in Reno, NV, and Houston, TX, but opted to build 1.5 miles from its U.S. headquarters, which is 27 miles from Pittsburgh. The biggest project in Elliott’s history would include six buildings, a flare stack, pipe rack, tank farm, switch gear foundation, and transformer pads, with approximately 30,000 sq-ft under roof on the 13-acre site. When complete, the facility would add 130 employees, in addition to the 1,000 employees working at Elliott’s headquarters and main manufacturing campus in Jeannette. Cryodynamic Products Testing, which includes submersible electric cryogenic pumps that incorporate the safest designs for rotating equipment in the industry, is essential to Elliott’s future expansion plans.

The brownfield site contained problematic soils due to the presence of contaminants, old foundations, brick, and steel from the demolished glass plant and large boulders. Because of the variability of the site soils, Menard USA was contracted to provide ground improvement for six buildings, a flare stack, pipe rack, tank farm, switch gear foundation, and transformer pads – the selected technique was stone columns. Menard worked closely with the general contractor during the removal of the large obstructions in locations where stone columns could not be installed.

The project was done in multiple phases. Menard’s initial mobilization in March 2020 was interrupted due to Pennsylvania’s stop-work mandate for “non-essential” construction due to the COVID-19 pandemic. Menard remobilized six weeks later when the order was lifted to complete phase 1 in May of 2020 and completed the stone columns for all structures except for the “Test Building.” The “Test Building” had two large test pits that needed to be constructed prior to stone column installation. Menard mobilized a third time for Phase 2 in July of 2020 to complete the final “Test Building.” Additional stone columns were added in the tank farm area for future tanks.

Micropiles and caissons were initially considered for ground improvement. However, Menard offered a more economical and time-saving solution with the stone columns. Menard installed 758 stone columns to an average depth of 17 ft. The foundations and slabs for the buildings and other structures were designed for a bearing stress of 3-4 KSF beneath all structures, while the design provided for 1 in of post-construction settlement with less than a ½-in of differential settlement, meeting the performance criteria for the project. Despite facing several challenges at the former site of a glass factory, Menard installed stone columns to support 11 structures at the Cryodynamic Products testing facility in Jeannette.