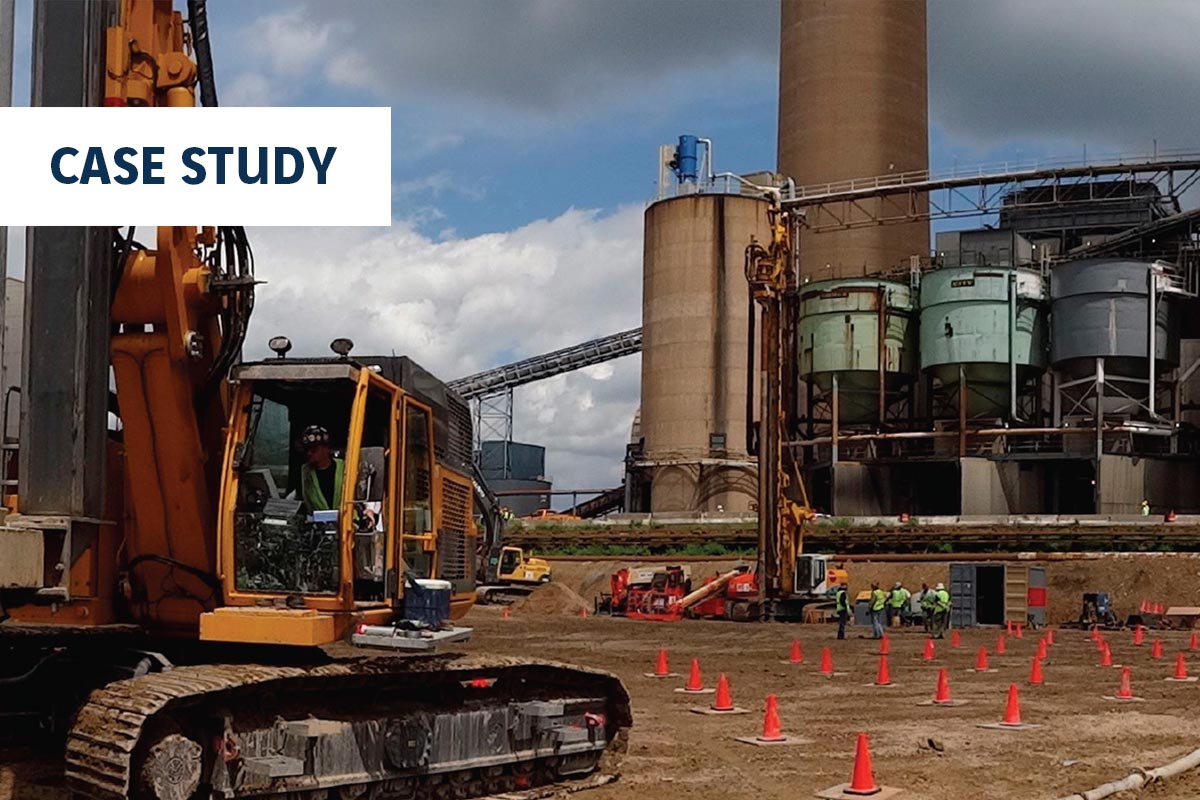 This project involves the construction of 68 individual three-story townhouses and condominium subdivision on the former site of a 136,000 square foot warehouse at Banana Pier along the banks of the Hudson River. Soil investigations revealed a thick layer of very soft organic clays underlying an upper layer of heterogeneous fills with large obstructions. Due to the presence of these compressible soils, the initial proposed solution was to support all structures and site infrastructure on driven steel piles with large pile caps, and pile-supported structural concrete relieving platforms upon which about 6 feet of fill was to be placed. However, the cost and time to implement this option put the project in jeopardy, and the removal of potentially contaminated soil from the pile cap excavations would have added even more cost to the project.

The proposed building site had very poor soil conditions with miscellaneous heterogeneous fills over a thick layer of soft, highly compressible organic clay. The top of a relatively dense sand bearing layer is present between approximately 60 to 92 feet below the ground surface. Before the start of the project, extensive demolition work was performed to remove the existing buildings.

The design-build alternative to support the entire site, infrastructure, and buildings was a ground improvement design based on Controlled Modulus Columns (CMC)® rigid inclusions. Load tests were performed on deep elements founded in the lower sands and on short elements in the fill to estimate the side shear that was developed around the tops of the CMC rigid inclusion elements when the fill and building loads were applied. All of the testing information was used to calibrate and verify the finite-element modeling assumptions.

The CMC rigid inclusions installation, at approximately 92 feet, at that time was the deepest in the world. Menard has since surpassed that depth on multiple projects.