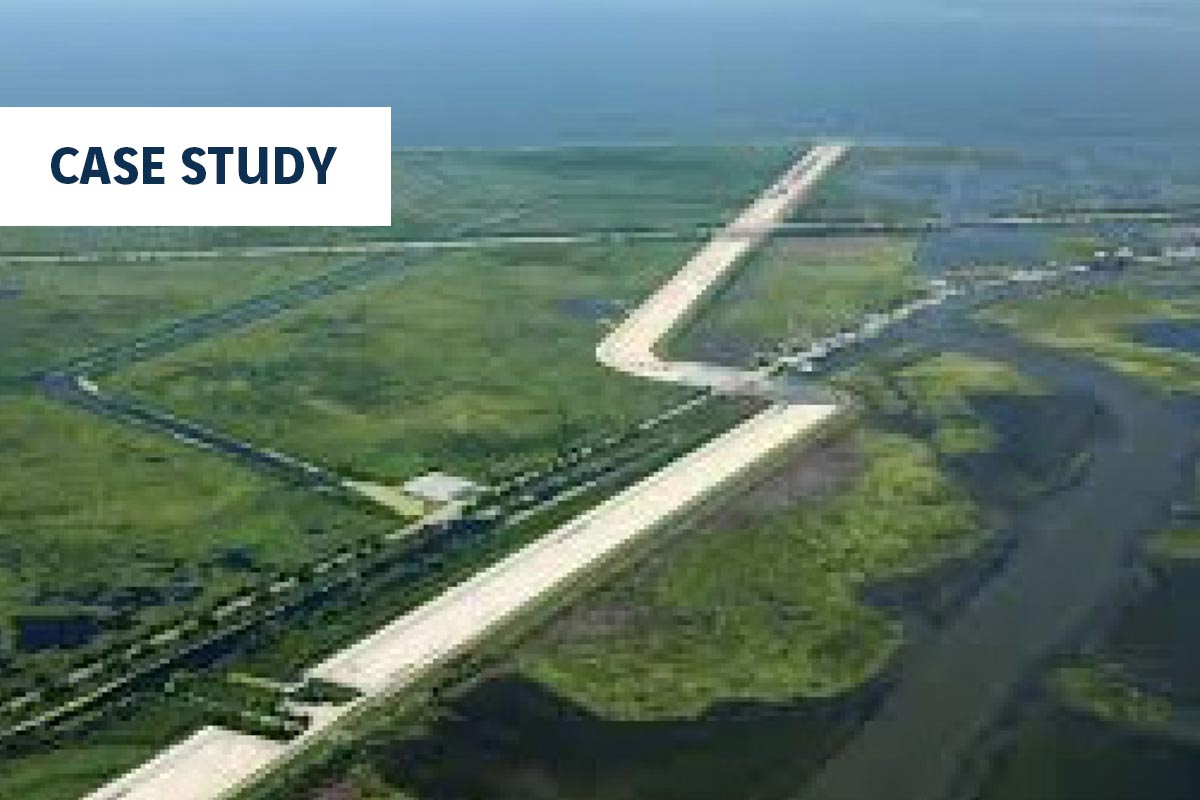 Following Hurricane Katrina, the U.S. Army Corp of Engineers was authorized to provide a comprehensive flood protection system for New Orleans. The new system is comprised of taller, more robust earthen levees, better designed concrete floodwalls, drainage pump stations, and huge surge barriers. For the construction of the 7.5 mile reach of levee, known as LPV 109, US Wick Drain installed 9 million linear feet of Wick Drains to accelerate consolidation and settlement time. The desired consolidation was achieved within an unprecedented 45 to 60 days, which ultimately allowed the levees to be built much faster than originally anticipated.

The project site is located on the eastern edge of New Orleans, approximately 12 miles east of the Inner Harbor Navigation Canal and near the Gulf Intracoastal Waterway.

The moist, swampy area, underlain by very soft soils, was stabilized by the installation of Wick Drains into soft clays 25 to 40 feet in depth.

Wick Drains were used to enhance consolidation in a reach of levees that range from 18 to 25 feet high and 320 to 360 feet wide. The levee was built with a base of geotextile separator fabric, for the purpose of embankment reinforcement, topped with a 2 to 3 foot thick sand blanket. Wick Drains were installed next, followed by more separation fabric, an 8 inch thick layer of gravel, more separation fabric, and then clay fill. The entire LPV 109 stretch was raised to an elevation between 16.5 and 25 feet above sea level.

US Wick Drain used five rigs to install 9 million linear feet of Wick Drains. A metal plate holding the wick was pushed through the soil by the mandrel to anchor it at predetermined depths above the underlying sand layer. Cone penetrometer testing was performed to determine the wick-tip depths to ensure adequate separation between the bottom of the wick drain and underlying sand layer.

At the time, LPV 109 was the largest project for square footage and number of Wick Drains installed on a job in the United States. US Wick Drain has since surpassed these records on multiple projects.