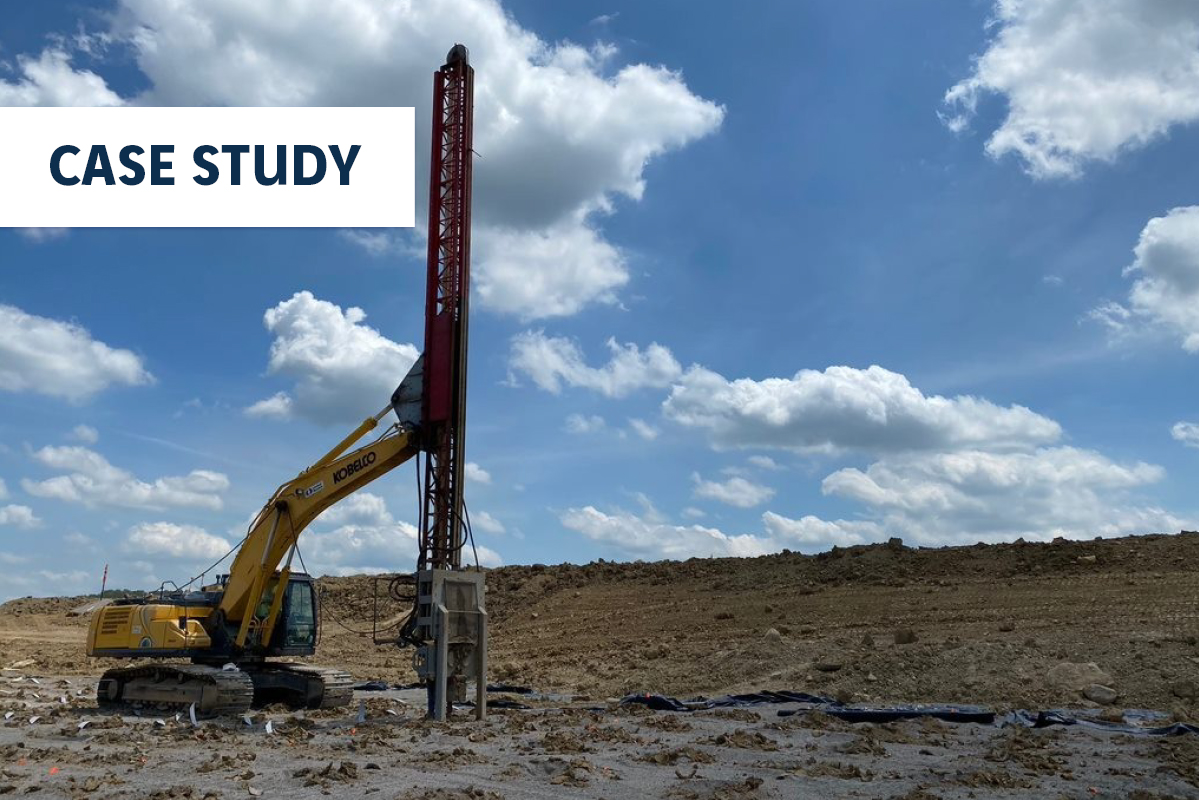 As part of a $1 billion investment in New Albany, OH, Facebook proposed the construction of five new data
centers, including multiple facilities totaling 500,000 sq ft. This construction project – known as Project Turnstile
— is, by far, the largest in New Albany history. When complete, the built-out data campus, which is located 18
miles from state capital Columbus, will employ more than 150 people.

Having purchased more than 440 acres of land in the city’s business park, further expansion by Facebook is
possible in the future.

For the proposed, 500,000 sq-ft NAO56 building — the third to be built at the site – Menard Group USA was
contracted to install wick drains that would accelerate consolidation of compressible clays beneath the fills
settlement.

The site consists of fill soils, some chemically stabilized, and cohesive overburden soils which were generally
lower in strength at the lower site elevations.

Due to compaction requirements for newly placed fill, the general contractor chemically treated the fill with kiln
dust to reduce moisture content. Pre-drilling was required prior to wick drain installation to ensure the drains
would effectively penetrate the fill.
A total of 21,275 wick drains were installed to an average depth of 21 ft and a maximum depth of 40 ft. The wick
drains were installed in order to expedite construction and limit long-term consolidation of the underlying clays
that would result from the newly placed fill. Menard coordinated with the wick drain designer to determine the
limits and depth of the wick drains. The ground improvement design – which also included aggregate columns
(installed by others) – provided for 1 in of post-construction settlement, meeting the performance criteria of the
new facility.
For the construction of a proposed, 500,000 sq-ft data center in New Albany, OH, Menard Group USA
successfully installed 21,275 wick drains to accelerate consolidation of fill soils and to expedite construction and
limit long-term settlement of the new facility.