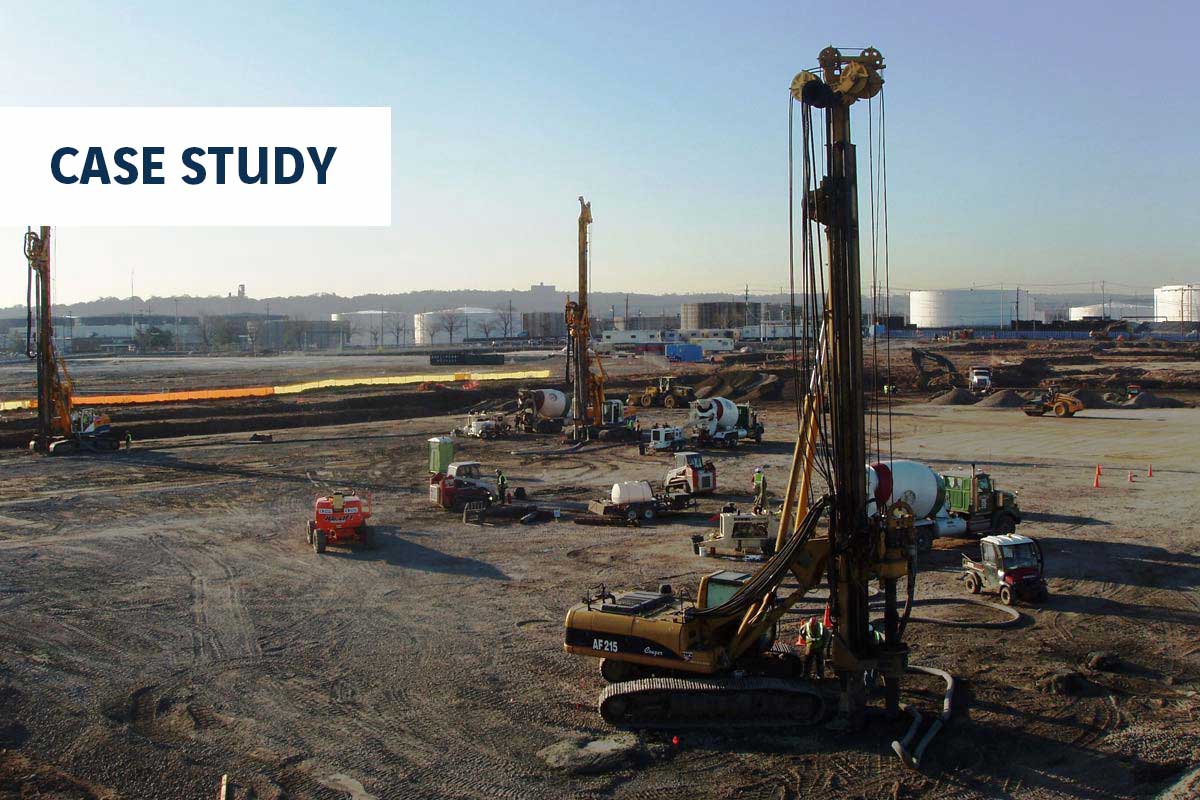 Bayonne Crossing is a new 400,000 square foot “power” shopping center located in densely populated Bayonne, New Jersey on Route 440. The project is anchored by a Lowe’s Home Improvement Center. In order to support the heavy loads of seven of the primary retail structures, including Lowe’s, and to reduce the cost and schedule of the project, Menard designed and installed a ground improvement solution using Controlled Modulus Columns (CMC) rigid inclusions.

Located on a former storage tank site, the subsurface conditions included significant fill underlain by several layers of silts and organic soil. The material was loose and posed significant risk of settlement after construction. In addition, there was a subsurface aquatard layer, which prevented the onward migrating of contaminated ground water.

A large-scale area load test was performed on the Lowe’s site to verify the design parameters for the high surface loads. Hundreds of CMC Rigid Inclusions were instrumented with strain gauges, piezometers and settlement plates to test the settlement surcharge over time. With the successful completion of the area load test, Menard used three rigs simultaneously to install the CMC Rigid Inclusions on a fast-track schedule, saving the client time and money versus the use of traditional piles for deep foundations.

Because of the potential for contamination at the site, the fact that the CMC installation method only generates a minor amount of spoils was a major benefit on this project.