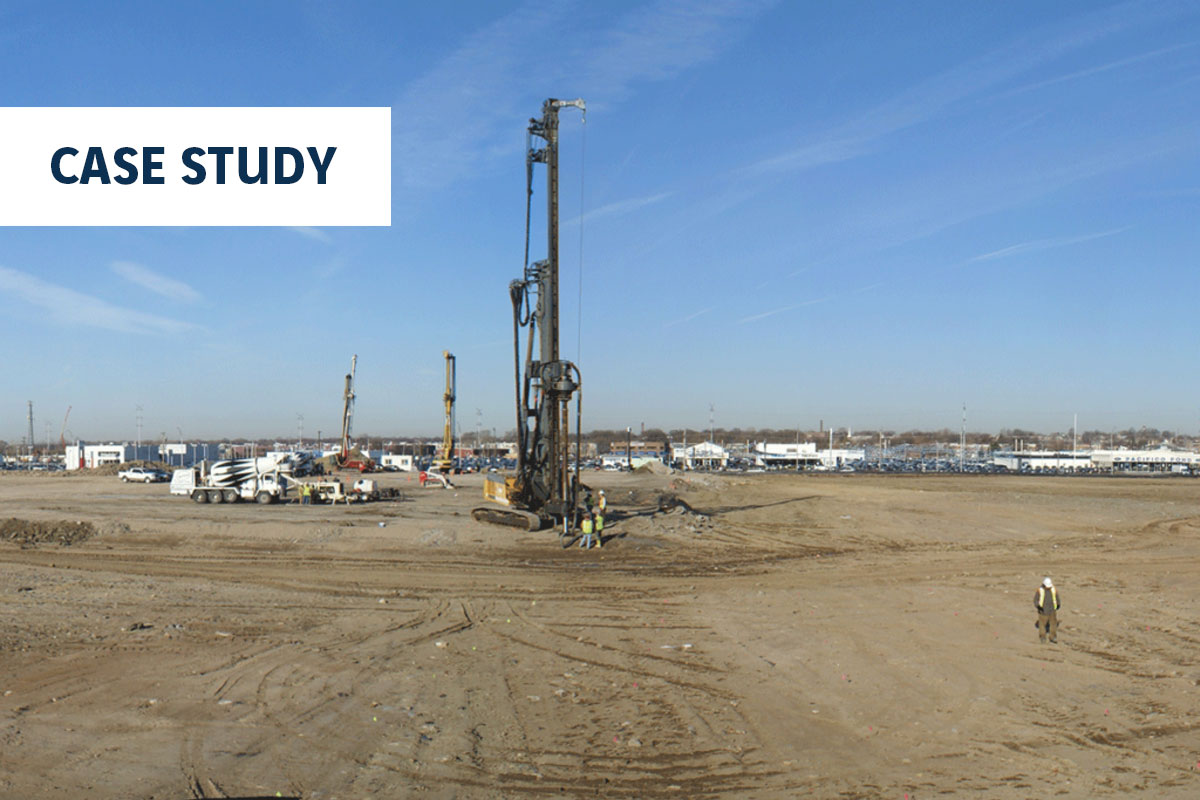 The Essington Avenue Market is a produce market located near the Philadelphia International Airport. Built on a former landfill site, the distribution center is a single story, 550,000 square foot building approximately 34 feet in height with a foot print of 425 feet by 1,295 feet and a continuous full perimeter loading apron. A continuous vapor membrane was also required beneath the floor. To support the high surface loads, Menard implemented a design-build ground improvement solution using Controlled Modulus Columns (CMC)® rigid inclusions.

The existing Municipal Solid Waste (MSW) fill and the underlying organic silts were unsuitable to support up to 10 feet of new fill under the finished floor of the new building, with heavy floor loads due to both long-term consolidation settlement and degradation of the MSW. The MSW was variable and at least 30 feet thick. Above the MSW was a highly variable surface layer of soil fill mixed with brick, concrete and assorted construction debris up to 8 feet thick. Under the MSW was about 2 to 18 feet of soft organic silts. Beneath which was a 15 to 30 foot thick dense sand and gravel layer over decomposed schist at depths of 45 feet or more.

The foundation system was originally designed for driven piles with heavy pile caps and a reinforced structural concrete suspended floor slab up to 12 inches thick. Menard’s alternative design proposed CMC rigid inclusions to support the entire facility, including the loading dock apron around the building perimeter. The most significant advantage of the alternate design was two-fold: 1) the change from a structural floor system to a thinner slab-on-grade with conventional spread footings, and 2) a simpler and more continuous vapor membrane with minimal sealed penetrations to enhance quality, reliability and cost of the vapor barrier over the MSW.

At the time of construction, this was the largest CMC rigid inclusion project in the United States. Menard has since surpassed this record on numerous projects.