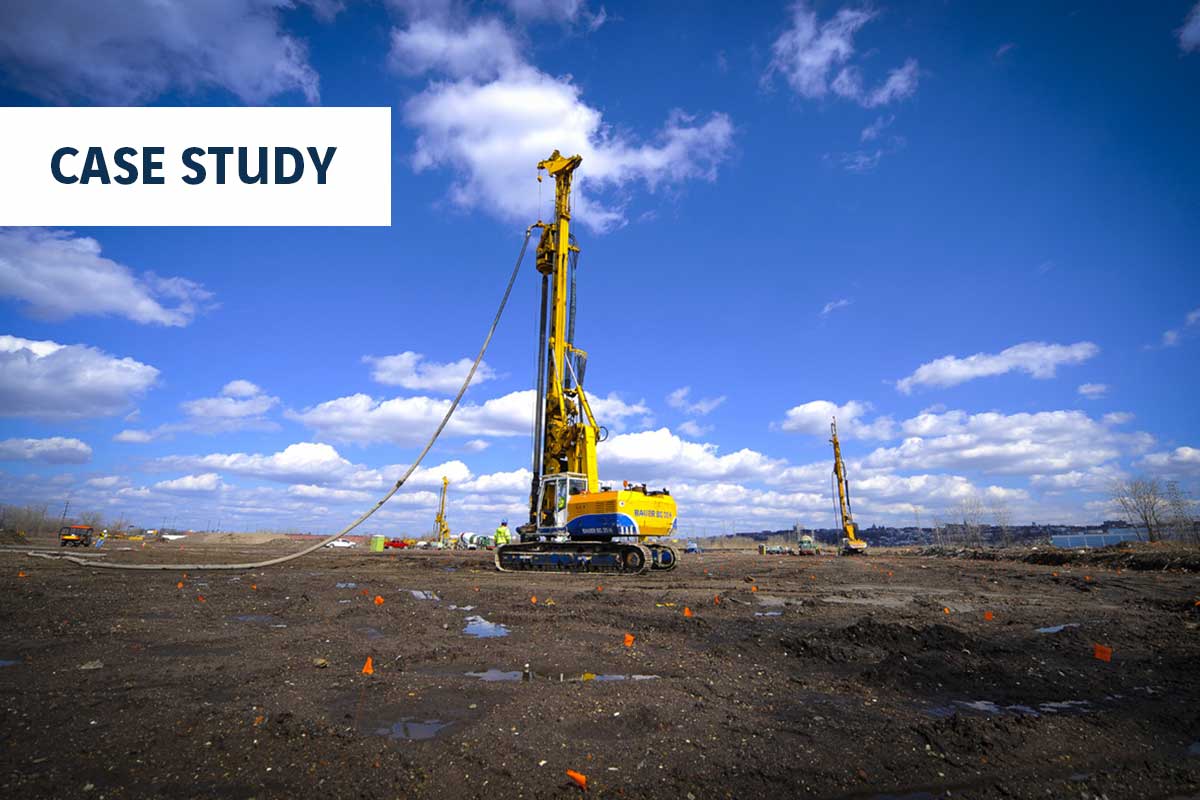 The facility was built on a landfill with a highly diverse soil profile containing varying amounts of waste. The upper layers of soil consisted of miscellaneous fill and debris over soft organic silt and peat underlain by a varve silt, clay and glacial till. CMC Rigid Inclusions were installed to depths of 10 to 60 feet before embedment in glacial till.

Menard proposed CMC rigid inclusions to support the entire facility and to improve the soft soils allowing for spread footings and slab-on-grade construction. This ground improvement technique was critical to minimize contaminated soil removal at the site. CMC rigid inclusions are a preferred alternative for ground improvement at brownfield sites because they are installed using a specially designed auger that displaces the soil laterally, with very minimal spoils created.

The Menard solution consisted of the design and installation of thousands of CMC Rigid Inclusion elements to keep total and differential settlement within project tolerances. The slab loads were designed with an allowable bearing pressure of 1,100 psf, with footings designed at 5,000 psf. A large-scale area load test and four single-element load tests were performed to confirm critical components of the design.

Following schedule delays due to flooding from Hurricane Sandy, Menard used four rigs working simultaneously. Ultimately, the project was completed a month ahead of schedule.