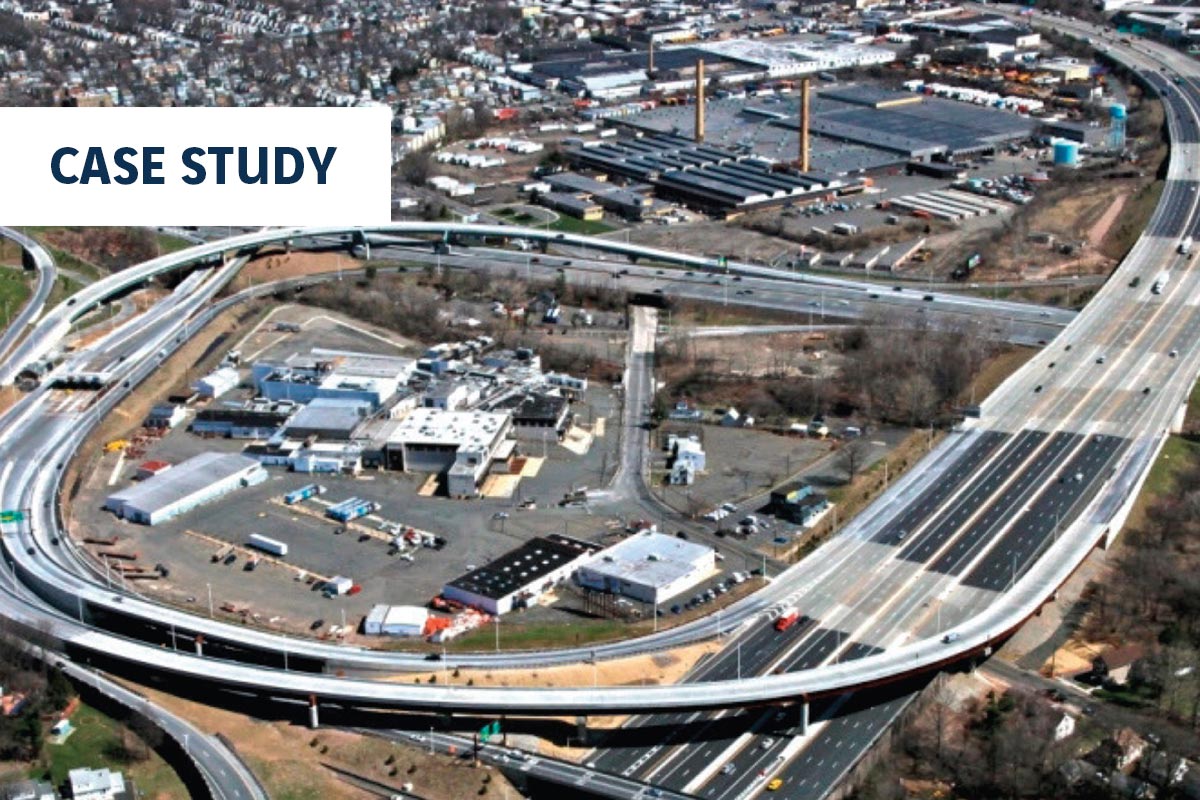 Interchange 142 of the Garden State Parkway at Interstate 78 in Union County, New Jersey is a $149 million rehabilitation and reconstruction project undertaken to complete the links between the road systems while improving traffic flow and safety for local communities by allowing a more rapid access to the highways.

This project involved the construction of two new ramps, a bridge approach, and a new underpass to allow access to the highways from local communities. The project specified several sections of Mechanically Stabilized Earth (MSE) retaining walls, and embankments supported by Controlled Modulus Columns (CMC)® rigid inclusions. Working with the general contractor for the project (owned and operated by the New Jersey Department of Transportation), Menard provided ground improvement using CMC rigid inclusions to help support the bridge approach embankments.

The MSE approaches were underlain by a highly variable fill consisting of silty and clay sands with gravel, over bedrock. The average depth to bedrock ranged from 15 to 35 feet. The fill layer included debris consisting of brick, concrete fragments, cinders, wood, metal and glass. Due to the high variability of the fill, the predicted differential settlement for the unimproved ground was not desirable.

To support the embankments and MSE wall sections, over 400 CMC rigid inclusions were installed at a maximum depth of 35 feet, for a total of 8,460 linear feet.

Several ground improvement options were considered for the project, but CMC rigid inclusions were selected as the most appropriate solution for the job based on the construction schedule, total settlement and overall cost.