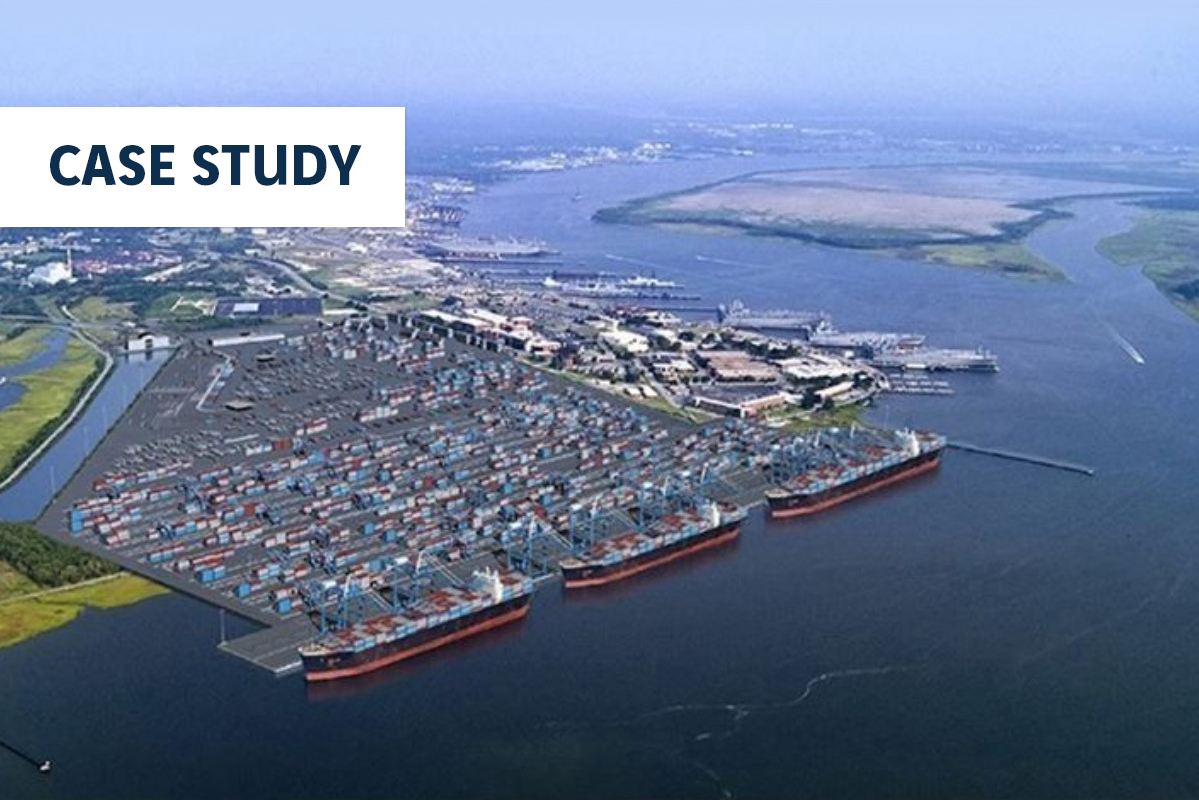 US Wick Drain (USW), part of Menard Group USA, was signed to a record-breaking ground improvement contract as part of a major upgrade to the Port of Charleston. The company installed 22 million linear feet of wick drains prior to the construction of Charleston’s new Hugh K. Leatherman Sr. Container Terminal (formerly known as the Naval Base Terminal).
The project marked the largest volume by linear feet of wick drains installed in the United States. The construction of the new terminal was part of a 10-year, $13 billion capital plan and modernization project to make the Port of Charleston one of the largest and most modern ports of the Eastern Seaboard. The port spans three municipalities - Charleston, North Charleston and Mount Pleasant – and features five public terminals owned and operated by the South Carolina Ports Authority.
The borings and soundings generally encountered five soil layers: Cohesive crust and/or sands; soft fine-grained deposits; stiff fine-grained deposits; sand deposits; marl deposit.

In the cohesive crusts and/or sands, fill soils (generally consisting of loose to dense sands and interbedded firm to stiff clays) were encountered at the ground surface to an average depth of 8 ft. The thickness of the cohesive crust and/ or sands ranged from about 1 to 18 ft. These surface deposits consist of both artificial fill and dredge spoil.

USW employed five machines capable of reaching depths in excess of 100 ft to install wick drains to varying depths as required by the wick drain design. Due to the large scale of the project, the soils were highly variable across the site, which required wick drains to be installed to depths ranging from 40 ft to 100 ft.

To meet this requirement, the site was broken up into 300 by 300 ft cells with defined minimum and maximum depths.

Another concern resulting from the variable soils was installing drains to proper depths and location, as prescribed by the design. To address this, USW installed a data acquisition system on each machine.

This system recorded the following in real-time:

Based on daily reviews, USW expeditiously replaced any occasional missed drains. This allowed all areas to be turned over to the surcharge operation with alacrity, ensuring the project schedule was maintained and, at times, accelerated.

For a major project at the Port of Charleston, USW completed all work, which included a record volume of wick drain installation, in one continuous phase.